'Punch Starts From The Heart'

The heart is a focal point in eastern practices like yoga and meditation.
Because it is said that Kung Fu was born out of Yoga, I was interested in this maxim over and above the practicality (on a physical basis) of the fist covering the center line.

Some Chinese believe the mind to reside in the heart, drawing distinction between conscious choice and the brain’s thought process. I like this dualism. Brain thinking, Mind leading (possibly from a separate location), after all it is expressed in our language.

There is additional correlation in Western tradition with Richard the ‘LionHeart’ and ‘Braveheart’ in the depiction of individuals seen to embody courage.
Courage is an event. A decision or assertion must take place for courage to be displayed.
Courageous individuals are tagged with having ‘heart’. Most importantly for a time these individuals held success.
So what was different in their decision making process for them to make choices that generally others would not? 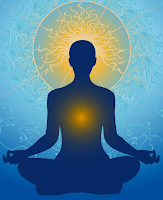 If I imagine that my brain is for thinking, and my mind is the portion of me that decides on which thoughts to pursue or externalise through action, then it is not ridiculous to start thinking about where my mind truly resides, it may well be in the head, but it may well be elsewhere.
How big is it, what shape it is, what colour - I’m still undecided?

I am interested in examining decisiveness because it is essential for fighting.
Every decision and change in combat leads to either victory or defeat.
If you have been fighting or sparring with heavy contact, you might recognise that when placed in circumstances which can result in concussion or injury, out of necessity, you will have been studying your opponent’s behavioural and situational changes (or hopefully so).
If I envisage that the brain is thinking but the mind is in charge of selecting or directing change, I want to know how best to develop my mind in becoming better at selecting the best course of action. The mind after all is director of the body.

Whilst examining ‘Punch starts from the heart’ I looked up some research on heart intelligence.

Recently, research conducted by neurophysiologists discovered there is a neural pathway and mechanism whereby input from the heart to the brain could inhibit or facilitate the brain’s electrical activity.
It has been discovered that the heart is capable of detaching from the autonomic nervous system to send meaningful messages to the brain that the brain not only understands – but obeys.
The heart operates its own nervous system and is capable of operating and processing information independently of the brain.
The Heart then, just like the brain has the capacity to learn, remember feel and sense. 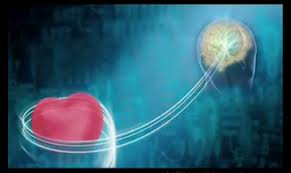 Research has shown that the heart’s neurological signals directly affect activity in the amygdala which is an important emotional processing centre in the brain. The amygdala is the key brain centre that coordinates behavioural, immunological, and neuroendocrine responses to environmental threats. It compares incoming emotional signals with stored emotional memories, and accordingly makes instantaneous decisions about the level of perceived threat. Due to its extensive connections to the limbic system, it is able to take over the neural pathways, activating the autonomic nervous system and emotional response before the higher brain centres receive the sensory information (Rein, McCraty and Atkinson, 1995 & McCraty et al, 1995).


We use a bridge to pick up directional pressure with greater and lesser degrees of threat time and time again. We can also quantify base emotion through touch i.e. what angry feels like, or scared, or crazy, or excited, or relaxed. It would seem then, that the heart is reading, processing and remembering this experience to trigger impulse on a comparative basis.


It may be fair to conclude then, that if the heart is capable of activating physiological change by influencing the brain, that the heart plays a primary role in intuitive behaviour. The efficiency of signal from the heart to brain and its ability to cue physiological response to external stimuli, provides us with an innate ability to supplement our fighting with (it would seem), an intuitive heart intelligence (we would be doing this unconsciously).
From this we could conclude that conscious decisiveness cannot be solely ascribed to brain function and that there is a high probability that mind and mind function is the sum of heart and brain intelligences operating in cohesion.
There is no doubt then that when dealing through touch sensitivity, and fighting at close range, if addressing the minds role in combat - the heart has a part to play in our output and effectiveness.
As the heart is directly assisting in the making up of minds, it would seem that ‘punch starts from the heart’ may be a little deeper than envisaged. 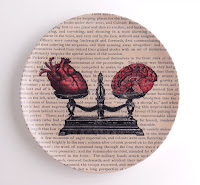 When assessing confident (courageous) decision making, we could suppose that a good relationship between the heart and the brain may contribute to an increase in confident decisiveness, with quicker, more favourable results.


When considering the maxim – ‘punch starts from the heart’, it is appropriate then to think about more than the physical positioning of the fist.
The mind acts as the body’s conductor.
Without the minds power to choose, there would be no punch to begin with.
We have to – ‘make up our mind’- choosing purposefully between do or do not, between ‘a’ and ‘b’ or ‘a’ and ‘b’ simultaneously.
When we talk about making up our mind figuratively, this term might be developed from a subconscious appreciation of conversation between brain and heart?

I think it’s no coincidence that people are naturally swayed toward ‘following’ their hearts rather than being ‘ruled’ by their heads – trusting a ‘gut’ feeling.
When people talk about sincerity things are ‘heartfelt’.
Maybe subconsciously, we realise the aptitude of intuitive function, or appreciate that using logic alone indicates that we lack synchronicity of heart and brain intelligence that affects efficient or effective behaviour? And violence as a behaviour must be included.

The mind elects and directs intention - volition.
This is not concentrated thought, it is conscious choice. Concentrated thought is brain function and dwells on memory and experience (past).
Conscious choice is spontaneous and operating purposefully in the moment (present) it is the creator of change, and in Wing Chun we should be changing willfully in the moment until the task at hand is complete - changing shape, angle, line, position, torsion, as efficiently as possible in our endeavour to control or destroy our opponent.

Looking at activity or technology that can enhance the health of the heart and the development of the connection between heart and brain may have potential in upgrading fighting ability, the heavy cardio work and free sparring I indulge in Chinese Kickboxing, and Thai Boxing, whilst improving my fitness and endurance, may have been developing something entirely different at the same time. Many Wing Chun guys like to rationalise their lack of cardio in the economy of motion excuse, looking at the research they could be missing out on much more than just a healthy heart.


Wing Chun Masters are not alone in the assertion that the heart is more than a pump.
Many Yogic traditions use methods dedicated to opening up the heart chakra. 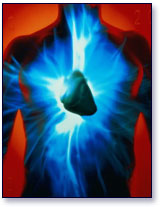 A lot of people still rubbish the chakra system as ‘hocus pocus’ but fail to realise that on a scientific basis, the heart communicates information to the brain via an electromagnetic field and that the heart generates the body’s most powerful and extensive field – (500 times stronger than that of the brain in-fact). It also has links via things called baroreceptors in the major blood vessels which respond to changes in blood pressure and send chemical messages to the brain. There is a huge soup of chemical messengers that transmit information between brain, heart, and muscle.
Every cell becomes bathed in them.

The heart is an active seat of intelligence, capable of assessment and persuasion.
Siu Nim Tao in regulating emotion and breathing is regulating heart rate – this affects the body in its entirety.
This affects the signals sent from heart to brain whilst we move, our ability to remain calm, and the ability of the heart to communicate to the brain a stored memory of emotional state during practice, to fortify composure and ability when we need it for real.
Maybe in ‘attacking’ our Wing Chun scientifically we should be identifying practice that improves connection between the brain and the heart.
This is important because for fight sport or for those who dwell outside of striking range between strikes, the brain has more time to call on memory to employ an attack sequence/combination.
If instead you are working to maintain strike range, pressure should be triggering an impulsive response in you for adaptation of shape to allow you to continue fighting effectively without loosing control or being struck.
Understanding heart/brain dialogue operating to support decision and change can only make us more earnest.
Obviously, with or without our understanding - this process takes place all the time. But if we are aware of it, perhaps it can help us develop it further.


Focus on breath brings us into the moment, and remaining calm allows us to operate two coordinated physical actions in a single beat. 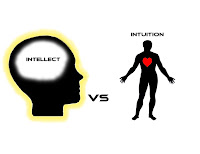 Thinking with the brain is important in deducing chance/probability. It operates consideration.
When we can factor odds we are reassured in our betting albeit hypothetical.
Post calculation, and after successful repetition, calmness may pervade via confidence, reducing consideration time and allowing the mind to take charge to exact choice (function), and initiate change via an enhanced relationship to feeling rather than recall.
This is not behaviour based on assumption and thought -feeling is locked in the ‘now’ – feeling is a firm grip on the immediate – the heart can amplify this, and we are training it all the time.
Feeling awareness can accelerate perception to aid in mindful spontaneous change.
This enhances our fighting ability with the production of competence – ahead in maintaining position, structure, and change inside striking distance. Not guessing – knowing!

Feeling is the quickest messenger, quicker than sight in assisting choice.
With the benefit of trained reflex response, it produces greater efficiency and lessens gamble.
Being confident, calm and relaxed, our muscles remain soft and primed for change.
A relaxed shot is primed for maximum power transfer into the target and ease of transition.
A limb without unnecessary torsion travels faster and is aided by acceleration to produce more powerful impact.
Being relaxed we can unite with gravity to aid our stability and thus precision.


I believe the masters who created Wing Chun were well aware of the hearts role in decisiveness and its interpretation of feeling.
They were actively pulling it into play through close range combat to perfect reaction to stimuli.
The punch emanates from the heart....Starts from the decisiveness to strike.
Logic and intuition merge as a balanced protective mechanism to aid timing and choice.
When we talk about the hearts and minds of people, maybe we talk about the same thing?